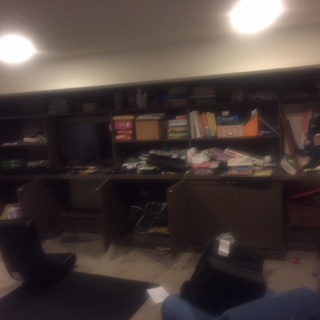 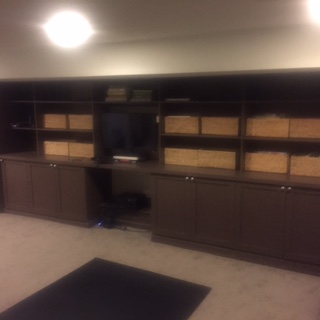 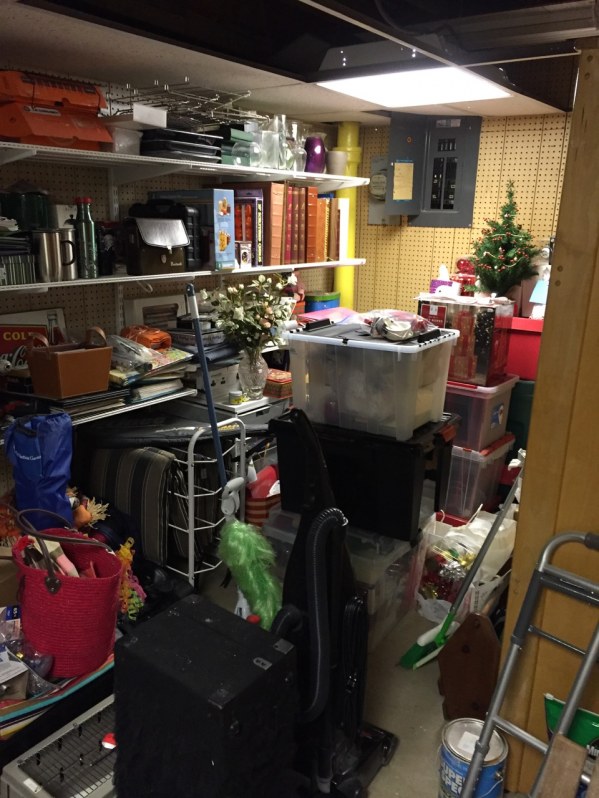 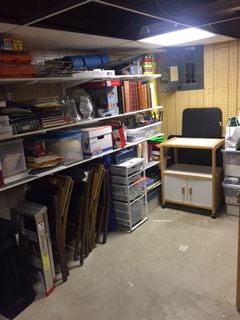 This is a common catch all. If we don’t know where to keep it, the answer is often “Just put it in the basement.”….. I loathe those words. I’m a bit joking but mostly serious. The more you put in the basement the more readily stuff is forgotten, piles up and takes up space. Then organizing the basement is a huge undertaking on a future date because a third of its contents shouldn’t be there.

Shoving things downstairs also can be a huge waste. I often come across old baby items, when the kids are now in college. Those products are too expired and useless after fifteen years in the basement. Other times its items that could have been used but were forgotten. Clothes or shoes that were waiting for your kids to grow into them were never worn and are now too small. Bins and containers full of holiday décor often get pushed aside. Most people don’t pull out every last Christmas box and decorate with all of their stuff. A third or half of it never sees the light of day. What a waste. Just let it go and let someone else benefit.

Furniture projects also get stacked up in the corner. Broken bed posts, old chairs, and tables that were kept in hopes of refinishing them or repurposing them never get completed. I’ll never forget last summer I  was working with a dad and husband going through a very dirty basement getting rid of lots of things. At one point he was holding a blender or small appliance (I can’t remember) that literally costs $15-20 in the store. He was arguing to keep it for his young daughter one day when she moves out and gets her own apartment. I said, “Absolutely not. By that time, I’ll give you $20 if you need to go buy another one. It’s not worth keeping all those years.” He started laughing because he realized how silly he was being.

So consider three rules of thumb next time you say, “Just put it in the basement.”