Living with a Messy Spouse

Live with Mr. or Mrs. Messy?  Having married a messy, I know this first hand. (I got permission to say that) 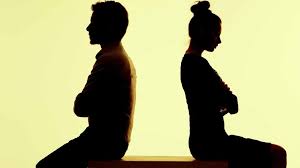 One habit my husband is slowly breaking is dropping his socks all over the house. I find them by the front door, next to the couch, on the steps and it drive me bonkers! Instead, I asked him politely if he could stop. He said he’d try. Next time I saw socks laying by the front door I left them there and came up with a plan. After dinner, I grabbed his hand in the kitchen and said , “You’ve gotta see this! Come look!” He was all excited and I led him to the front door mat and pointed down to the socks and said, “Socks jumped out of your drawer and threw themselves down here!” He started laughing. None the less, be kind about it. He has gotten a lot better at not dropping the socks!

In all seriousness…. Here’s some other tips and tricks I practice.